On Saturday 23 June 2018, the 37th edition of the prestigious Men’s Champions Trophy will get underway in the Dutch city of Breda, with De Bredase Hockey & Bandy Club playing host to an event with a glorious past.

Six of the world’s finest teams – including five of the top six placed teams in the FIH Hero World Rankings – will be fighting it out for the title, with reigning champions and current world number one ranked Australia likely to be favourites at an event that promises to be a sensational exhibition of top class international hockey.

The fine heritage of the Champions Trophy is reflected in the opening match of the 2018 competition, which features one of the biggest rivalries in the sport – Pakistan (FIH Hero World Ranking: 13) going head-to-head with India (WR: 6) on Saturday 23 June at 14:00 Central European Standard Time (UTC +1).

The meeting between Pakistan, the nation that launched the Hockey Champions Trophy back in 1978, and India, the eight time Olympic champions, is a fixture that is sure to draw thousands of spectators to the venue as well as millions of fans tuning in from across the world, eagerly anticipating the latest episode of this long-running battle between two of the sport’s most successful nations.

The opening day drama does not stop there as at 16:00 another eye-catching fixture will take place, with home favourites and European champions Netherlands (WR: 4) meeting Olympic and Pan American champions Argentina (WR: 2). A sensational first day of action is rounded off by the contest between reigning champions Australia (WR:1) and Olympic silver medallists Belgium (WR:3), who face each other at 18:00 in what is certain to be a hugely competitive fixture between two of the most accomplished attacking sides in the world.

The combination of outstanding teams and an event taking place in one of the world’s most fanatical hockey countries, there can be no doubt that the Rabobank Men’s Hockey Champions Trophy promises to be a spectacular edition in Breda.

The men’s Hockey Champions Trophy has long showcased the very best that the sport has to offer, with the finest international teams competing to claim titles of historical significance. Here is a brief look at the teams that will contest the title.

Australia are the most successful team in the history of the Men’s Champions Trophy with a staggering 14 titles and 28 podium finishes. As the top ranked team in the game, they will be rightly regarded as favourites. However, this will be the first major tournament since the retirement of iconic defender and captain Mark Knowles, who bowed out at the top with a gold medal at the Gold Coast 2018 Commonwealth Games. The departure of Knowles has seen Head Coach Colin Batch appoint vastly experienced duo Eddie Ockenden and Aran Zelewski as co-captains for this event on an interim basis, with a view to appointing a single captain for the Odisha Hockey Men’s World Cup Bhubaneswar 2018 at the end of the year. Ockenden and Zelewski are central figures for a Kookaburras team that is missing injured duo Matt Dawson and goalkeeper Andrew Charter, but welcomes back experienced defender Matthew Swann after a six-month sabbatical as well as Blake Govers, who returns after a hand injury which forced him out of the Commonwealth Games.

Despite recently losing their position at the top of the rankings table to Australia, few would argue that this remains a golden time for Olympic champions Argentina, who have long been overshadowed by the success of their female compatriots. That said, it has not been an easy few months for Los Leones. Head Coach and former Argentina international Carlos “Chapa” Retegui – the man who, remarkably, guided both the men and the women’s national sides to bronze medals at the Rabobank Hockey World Cup 2014 before leading the men to Olympic glory at Rio 2016 – has departed, being replaced by former Argentina internationals in the shape of new Head Coach German Orozco and assistant Matias Vila. Orozco has kept Argentina’s existing squad pretty much intact, naming a vastly experienced group that will be guided by team captain Pedro Ibarra. Matias Paredes, Juan Gilardi and goalkeeper Juan Vivaldi are all aged over 35 but remain very much in their prime, using their vast experience in every game situation. Creative genius Lucas Vila is arguably Argentina’s most influential player, although it is powerfully built penalty corner expert Gonzalo Peillat who often grabs the headlines thanks to his incredible prowess from set-pieces. 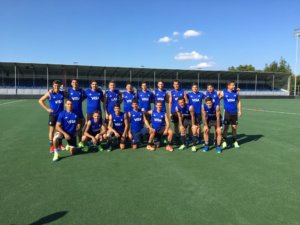 While the rise of Belgium’s Red Lions in recent years has been well documented, the team scaled new heights in 2016. A superb silver medal at the Rio 2016 Olympic Games was hard earned and fully deserved, with the team producing some exceptional performances along the way. Their individual stars were also recognised, with Rio captain John-John Dohmen – who returned to the international scene at the end of 2017 after a year-long break – and defensive star Arthur van Doren being named the respective FIH Player and Rising Star of the Year for 2016. Many of the stars of Rio remain part of the squad, including Cedric Charlier, captain Thomas Briels, Simon Gougnard, Felix Denayer and Vincent Vanasch, who was named the FIH Hockey Stars Men’s Goalkeeper of the Year for 2017. However, striker Tom Boon is not included in the squad for the Champions Trophy. The team coached by New Zealander Shane McLeod have been playing some magnificent hockey over the past 12 months, something they will be looking to continue in Breda.

Having achieved first place finishes at both the Hero Hockey World League Semi-Final in London and the Rabobank EuroHockey Championships in Amsterdam, 2017 was a memorable one for eight time Champions Trophy winners the Netherlands. The squad selected by Head Coach Max Caldas for this event contains a glittering array of gifted individuals, including play-maker Robbert Kemperman as well as powerful striker Mirco Pruijser, who finished as top scorer at August’s Rabobank EuroHockey Championships to help his team claim defend their continental title in Amsterdam. Live-wire attacker Jeroen Herzberger makes a surprise return to the international scene at the age of 32 and looks set to play his 200th match for Oranje at this event. Although the team is missing outstanding attacking midfielder Billy Bakker, there is certainly no shortage of creativity contained within the squad. Valentin Verga, captain Seve van As, Jorrit Croon and Kemperman are all capable of creating chances out of nothing, ensuring that the Netherlands will be a side to be feared throughout this event. 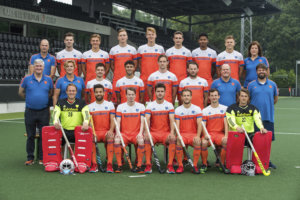 Asian champions India will feel that they have a fantastic chance of challenging for the Champions Trophy, a title which, remarkably, they have never won. They came agonisingly close at the 2016 event in London, finishing runners up behind Australia thanks to a shoot-out defeat. A fourth place finish at the Gold Coast 2018 Commonwealth Games earlier this year triggered a change to the position of Head Coach, with Harendra Singh taking over from Dutchman Sjoerd Marijne, who moved back to his old position as Head Coach of the India women’s team. Harendra has selected a strong team for the Champions Trophy, with ace goalkeeper PR Sreejesh being named captain of a side that also includes double cap centurions Manpreet Singh, SV Sunil and Sardar Singh. Thirty-one-year-old Sardar is just two matches away from reaching the milestone of 300 international appearances for India, something which he looks likely to achieve in Breda. 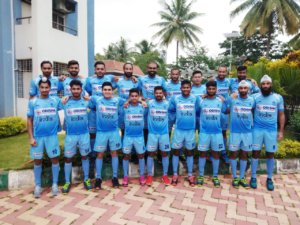 2014 Champions Trophy silver medallists Pakistan may have finished in seventh place at the XXI Commonwealth Games on Australia’s Gold Coast earlier this year, but that result hides the fact that they went through the event completely unbeaten. Four draws in the pool phase – against Wales, India, England and Malaysia respectively – saw Pakistan finish fourth in their five-team pool, putting them in the 7-8 classification match where they defeated Canada 3-1. The founding nation of the Champions Trophy will be determined to add to the titles that they claimed in 1978, 1980 and 1994 – victories that all came on home soil, in Lahore (1978 / 1994) and Karachi (1980) respectively. The team are now coached by legendary Dutchman Roelant Oltmans, the man who guided the Netherlands men to triumphs at the 1998 World Cup in Utrecht and at the Sydney 2000 Olympic Games. The squad selected by Oltmans contains a balance of experience and youth, with team captain Muhammad Rizwan Sr being one of eight players to have surpassed the 100 international appearances barrier. Shafqat Rasool is the most capped player in the group with 190 senior international appearances, with ten players each having fewer than 50 caps. 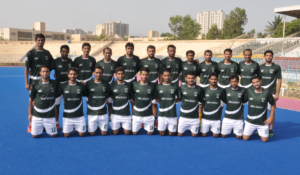 A full schedule as well as broadcasting and official competition information can be found on FIH.CH, with extended coverage coming via the FIH social media channels.