Dutch Kemperman looks back at Pakistan and ahead of Australia

The Pakistan team may have an old fashioned approach to the game but they still provide formidable opposition. Despite being beaten 4-0 by the Netherlands on Tuesday evening, ‘they always manage to bring the ball in,’ says Dutch midfielder Robbert Kemperman.

Pakistan’s players still have very specific qualities which have always typified their play, said Kemperman after the Tuesday evening game. ‘They still use a bit of a five forward five defence formation, but they are real ball watchers. They keep a really close eye on it so you can’t play through them. That is where they are so good. You have to get past their line, and then things get dangerous.’

‘They find the space at our backs, and they always manage to bring the ball in,’ says Kemperman.’We were a mess in the front line. We could really only build on our score in the second half, when we could get past them.’ 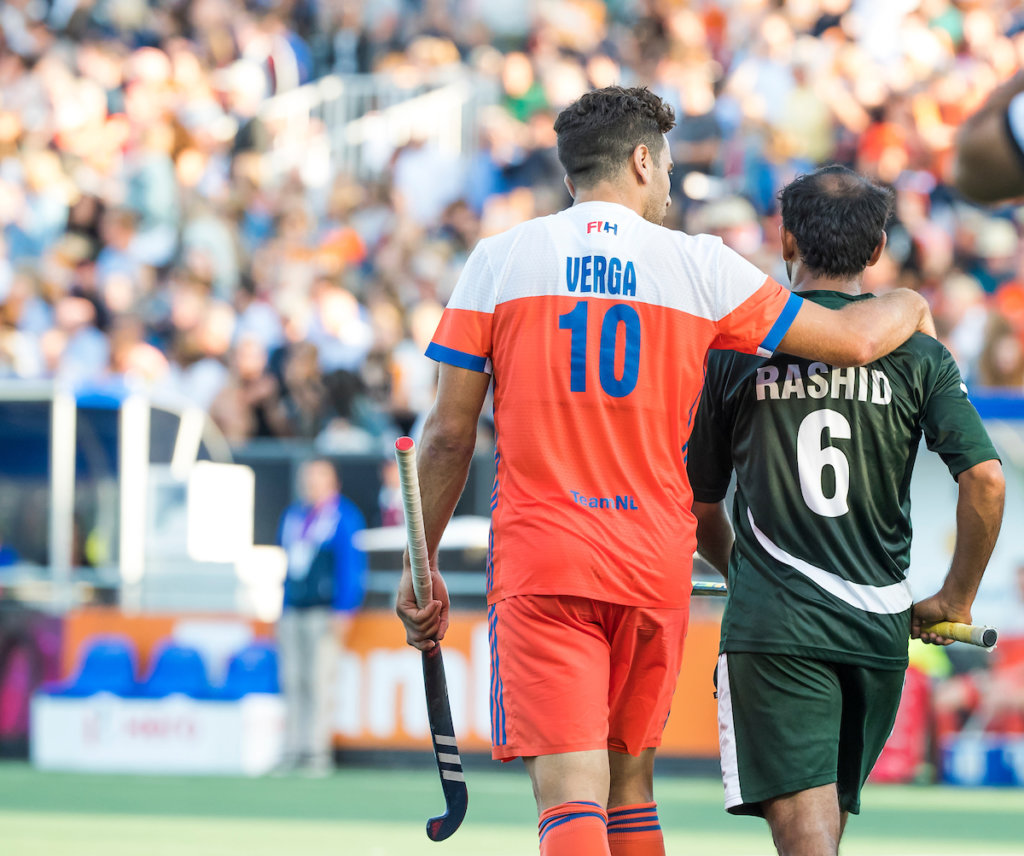 The 4-0 win has put the Netherlands top in the group after three matches with Australia and India left to play.

‘We want to show good, well-played hockey and that begins with a very strong defence,’ says Kemperman. ‘From there we play clinical, razor sharp hockey with a bit of Dutch bravery. We know we have to defend as hard as we can and attack as hard as we can. And if a little backhand fits in, then great. We are all technically skilled as well.’

Wednesday was a rest day for the Dutch, ahead of Thursday’s match against world champion Australia. Oranje don’t just look fit, they are really fit, says Kemperman. ‘Our running trainer Auke (Klarenbeek, red.) is continually surprised by what we can do. He says the play looks good and we are super fit. We feel it too. It will be a physical game against Australia. They have a high standard and the duels will be tough.’